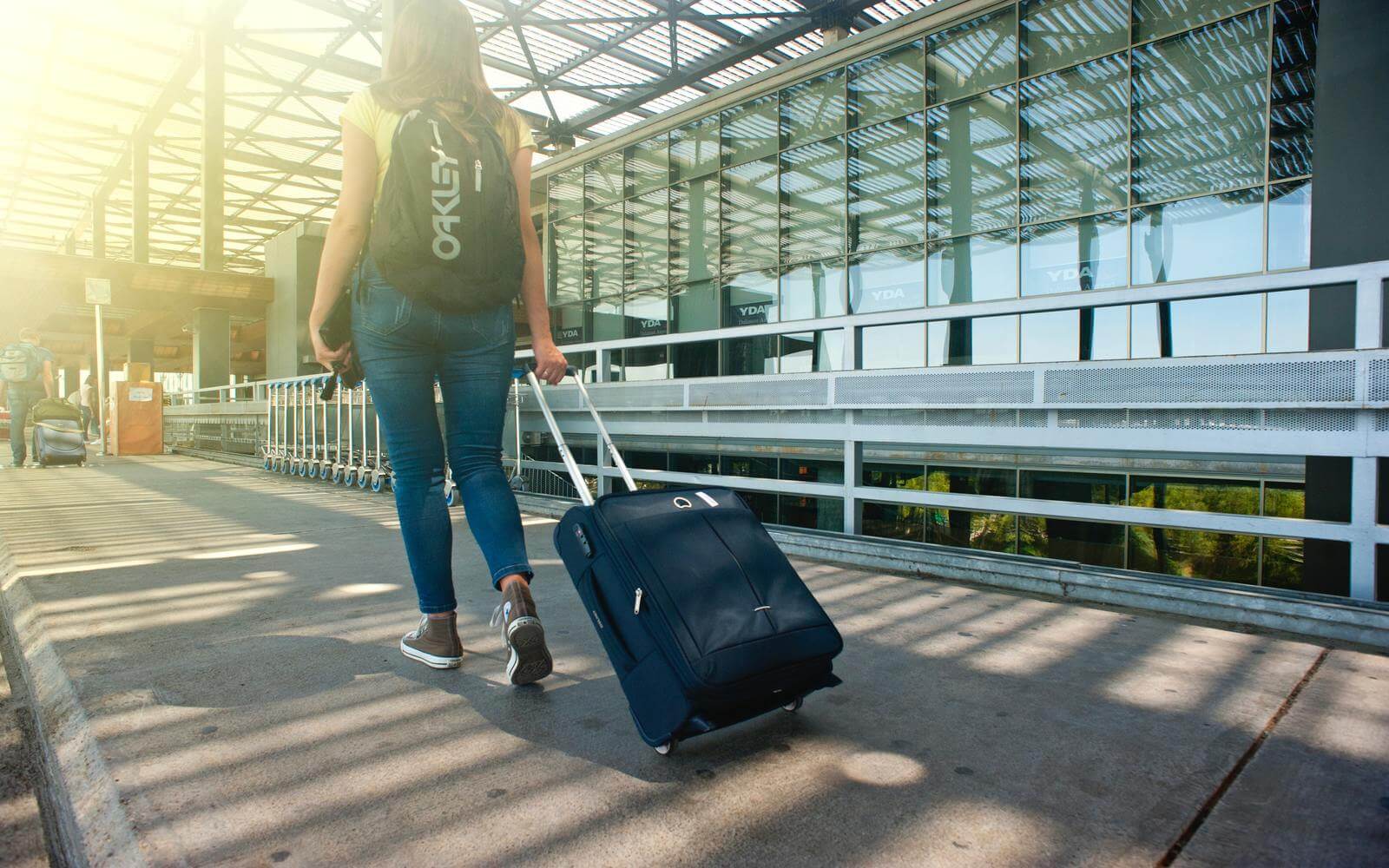 Most people are under the impression that Vancouver International Airport is the only port of entry for travellers heading to the Vancouver area.

And for a long time, they were right…..

However, increasing tourism numbers and the proliferation of low-cost carriers has opened up space in the market for another airport.

We’ve constructed this guide to give you everything you need to now about getting from YXX to Downtown Vancouver. If there is something we missed, just ask in the comments below for custom advice.

Most people who fly into Vancouver go through Vancouver International Airport (YVR). However, there is also another small upstart airport that has recently become a regional hub for low cost airlines.

Located just 60 kilometres South-East of Vancouver in the suburb of Abbotsford, YXX services budget carriers like Flair and Swoop, in addition to established Canadian heavyweights Air Canada and West Jet.

While this all sounds great, most travellers are left with one fundamental question.

How do I get from Abbotsford Airport to Vancouver?

There are three key transport options from YXX that can have you downtown in as little as an hour and twenty minutes.

If these options aren’t quite to your satisfaction, the airport is well serviced by most of the major car rental companies.

Those looking to take the Abbotsford airport bus to Vancouver are left with only one choice since the recent cancellation of BC’s Greyhound service.

Ebus’ Kamloops to Vancouver service stops at Abbotsford International 2 times per day (3X on Fri/Sun). This is the only direct service into Downtown Vancouver.

The bus terminates at Pacific Central Station on the fringes of downtown.

The station is a short 5 minute walk to Main Street-Science World Station on the Expo Line of the Skytrain where you can catch a train on to a more central location.

If you desire a direct connection to Vancouver, then this your only option. To have a look at the schedule and fares visit the Ebus website.

Before booking you should be aware that the Ebus;

For this reason, we recommend another option for most travellers. 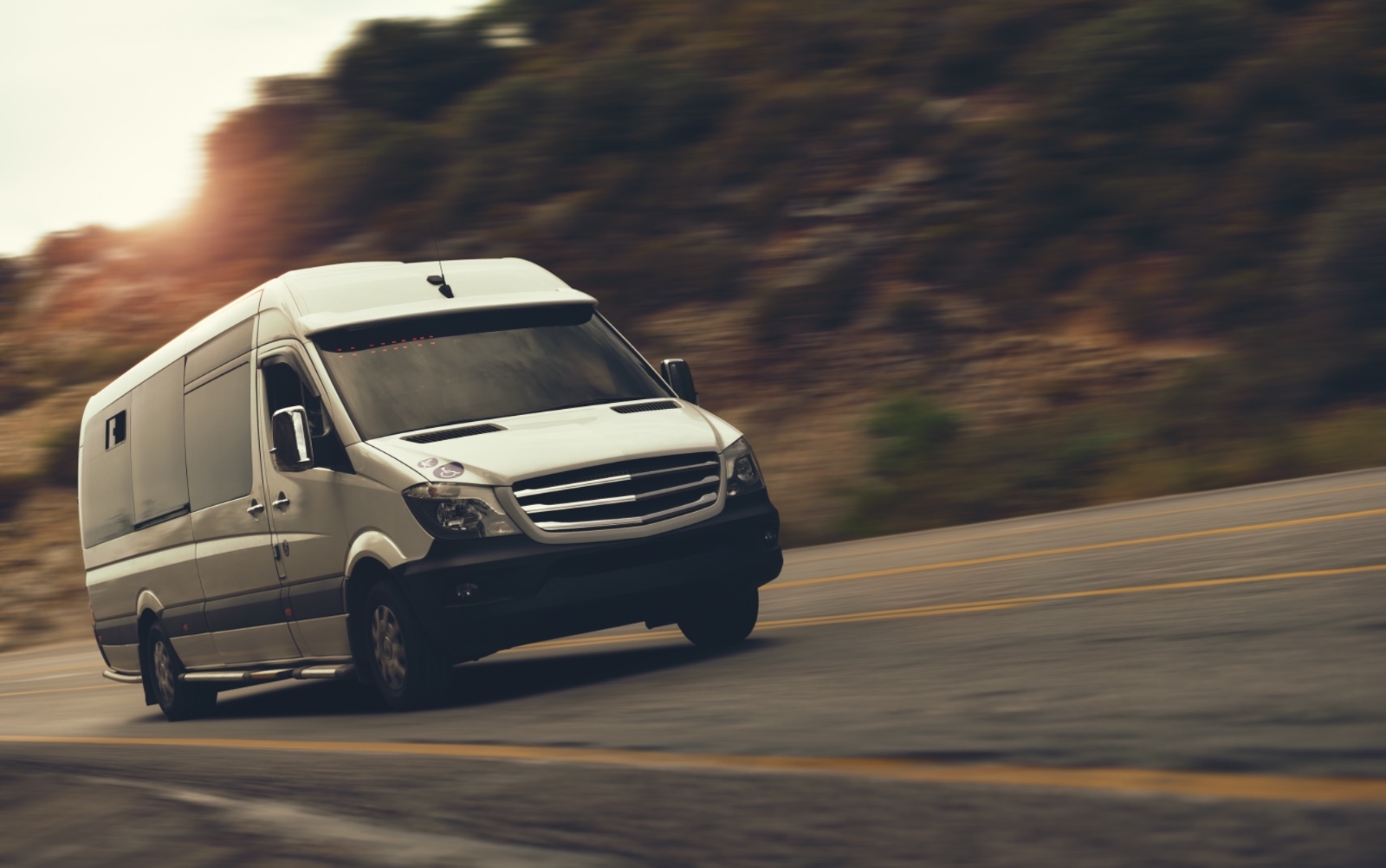 The Abbotsford Airport Shuttle is the preferred option for those staying in Vancouver’s Eastern suburbs and for budget conscious travellers looking to get right to the heart of Downtown Vancouver.

If you’re staying in Burnaby, New Westminster or Surrey it should be your service of choice. Just keep in mind that the shuttle does not offer direct service to Vancouver or YVR.

Nevertheless, after a 45 minute trip to Surrey you will be connected with the Skytrain’s Expo Line at Surrey-Central Station. From there the trip to Waterfront Station downtown will take an additional 40 minutes.

For most people the shuttle/skytrain combo will be the best option, as it;

Consequently the YXX shuttle is our recommended method of transport for travellers looking to get to Downtown Vancouver. For a look at prices, schedules and to book your ticket click the button below.

You can be dropped right on the doorstep of your destination for between $15 and $65 depending on the zone.

One key point to remember is that the Valley Airporter offers fantastic rates for groups and families, only charging an additional $5-$10 per person after the first fare.

For further information on fares and to book visit the Valley Airporter site.

Despite the decent family rates and extensive coverage of the Eastern suburbs, we still don’t recommend the Valley Airporter for visitors who’re staying in Vancouver.

Groups and families will often find that renting a car may prove to be a cheaper alternative that also provides them with an even higher degree of comfort and flexibility. 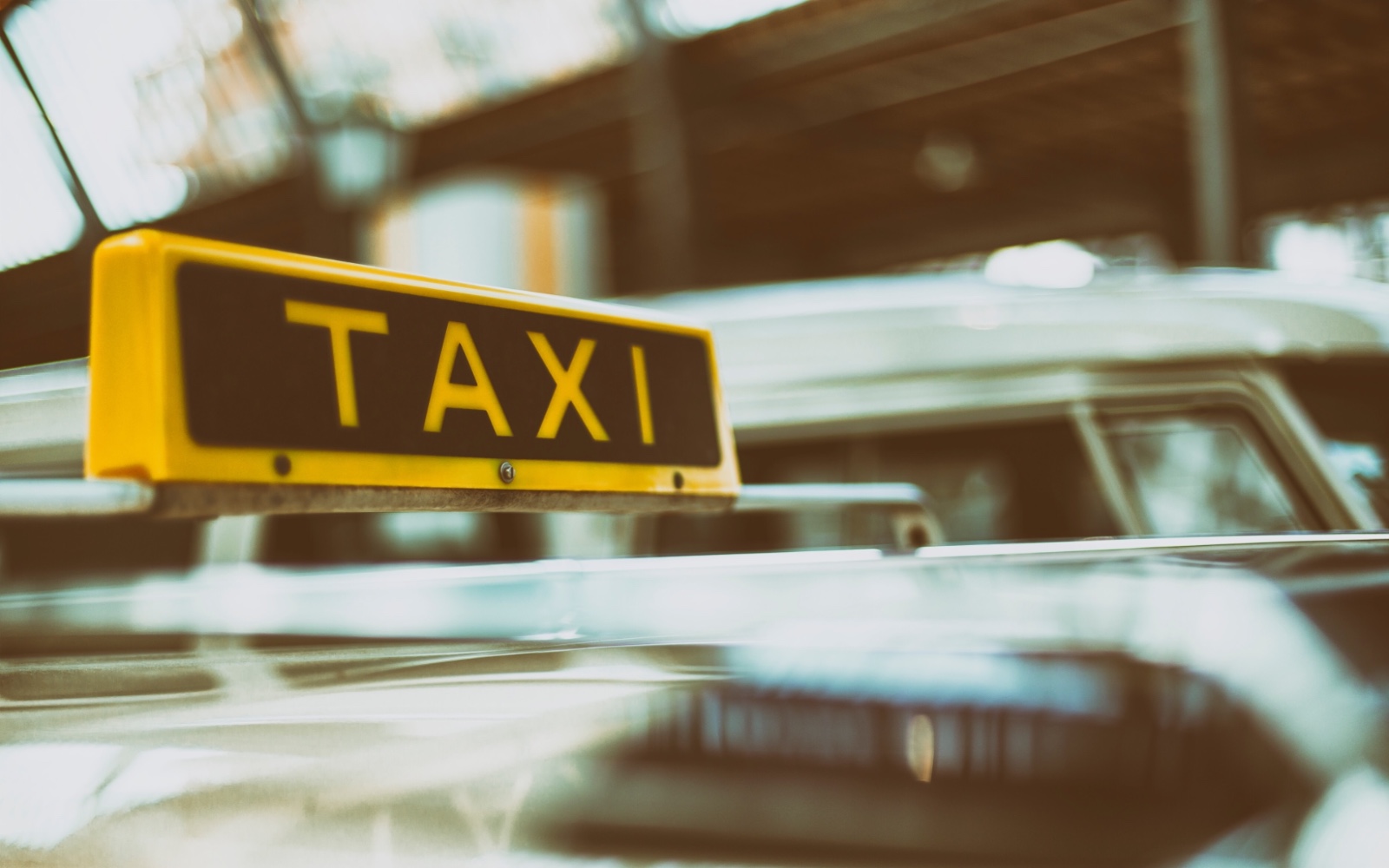 In short, if you are staying in Downtown Vancouver don’t do it!

To get from Abbotsford Airport to the city centre you will be looking at rates of around $140-$150. And that doesn’t even factor in the additional costs that can be associated with being stuck in traffic on the often busy Highway #1.

For the cost of a taxi you will likely be able to rent a car for a few days, which obviously provides a higher degree of comfort, convenience and flexibility.

However, if you are staying in the Fraser Valley (Abbotsford, Mission, Langley or Chilliwack) a taxi is a perfectly viable alternative, and can even be competitive cost-wise with the Valley Airporter Shuttle.

The main provider of taxi and limousine service at YXX. For more information or to book a taxi check out the Central Valley Taxi website. 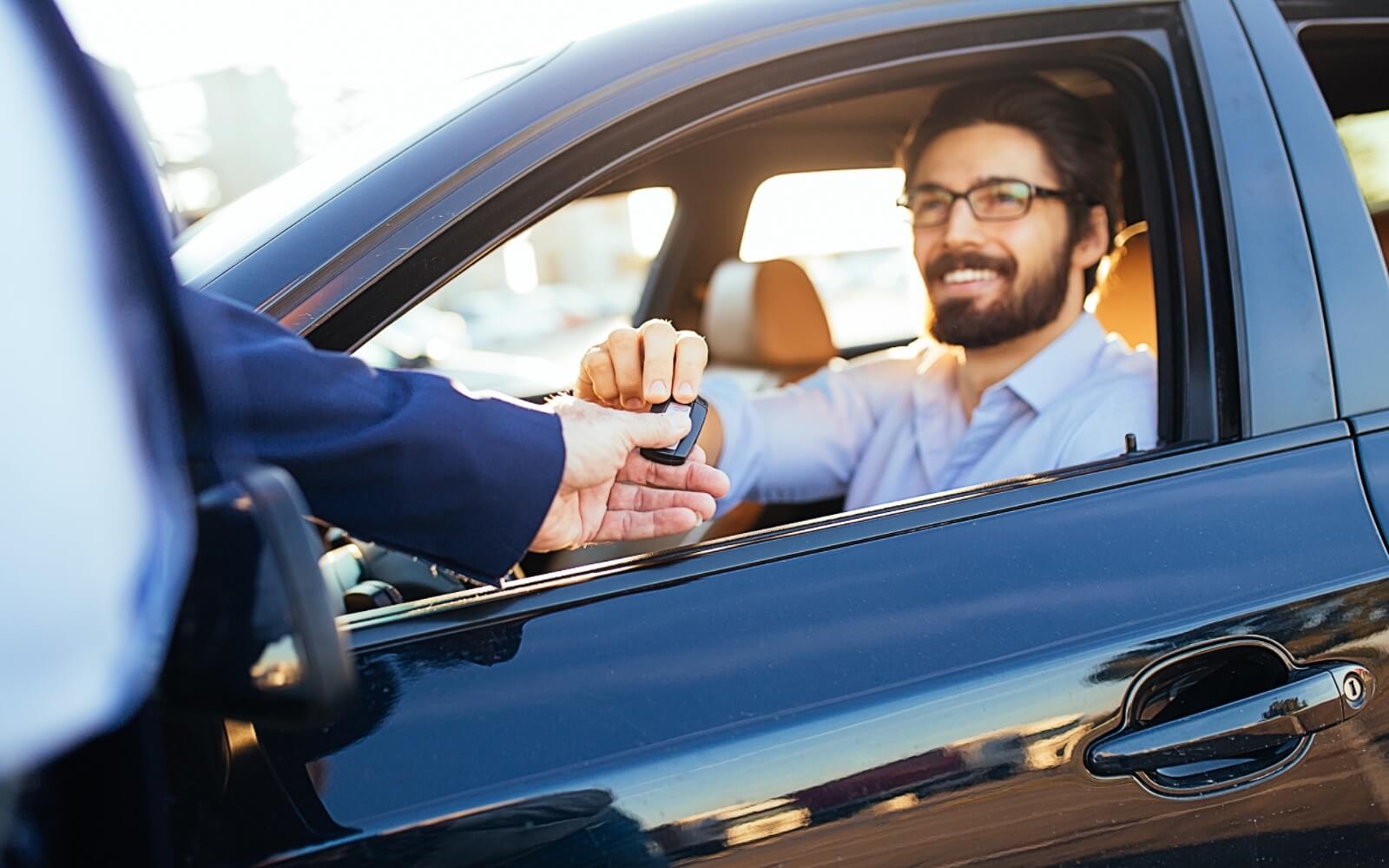 If you are underwhelmed with the availability of affordable and convenient transportation links between YXX and Downtown Vancouver, then you aren’t alone.

Consequently, for all but budget conscious solo travellers, our most recommended option to reach Downtown Vancouver is car rental.

Once you calculate the time and cost associated with the other options the convenience, comfort and cost of renting a car at YXX makes it a no-brainer, particularly for:

You can simply return your vehicle at a Vancouver location of your chosen car rental company or keep the car for the remainder of your journey.

This will make the more distant attractions of the Vancouver area and destinations such as Whistler or Vancouver Island infinitely more accessible.

The value of this factor cannot be understated, as unlike many cities, many of Vancouver’s most popular attractions are not located in the city centre. 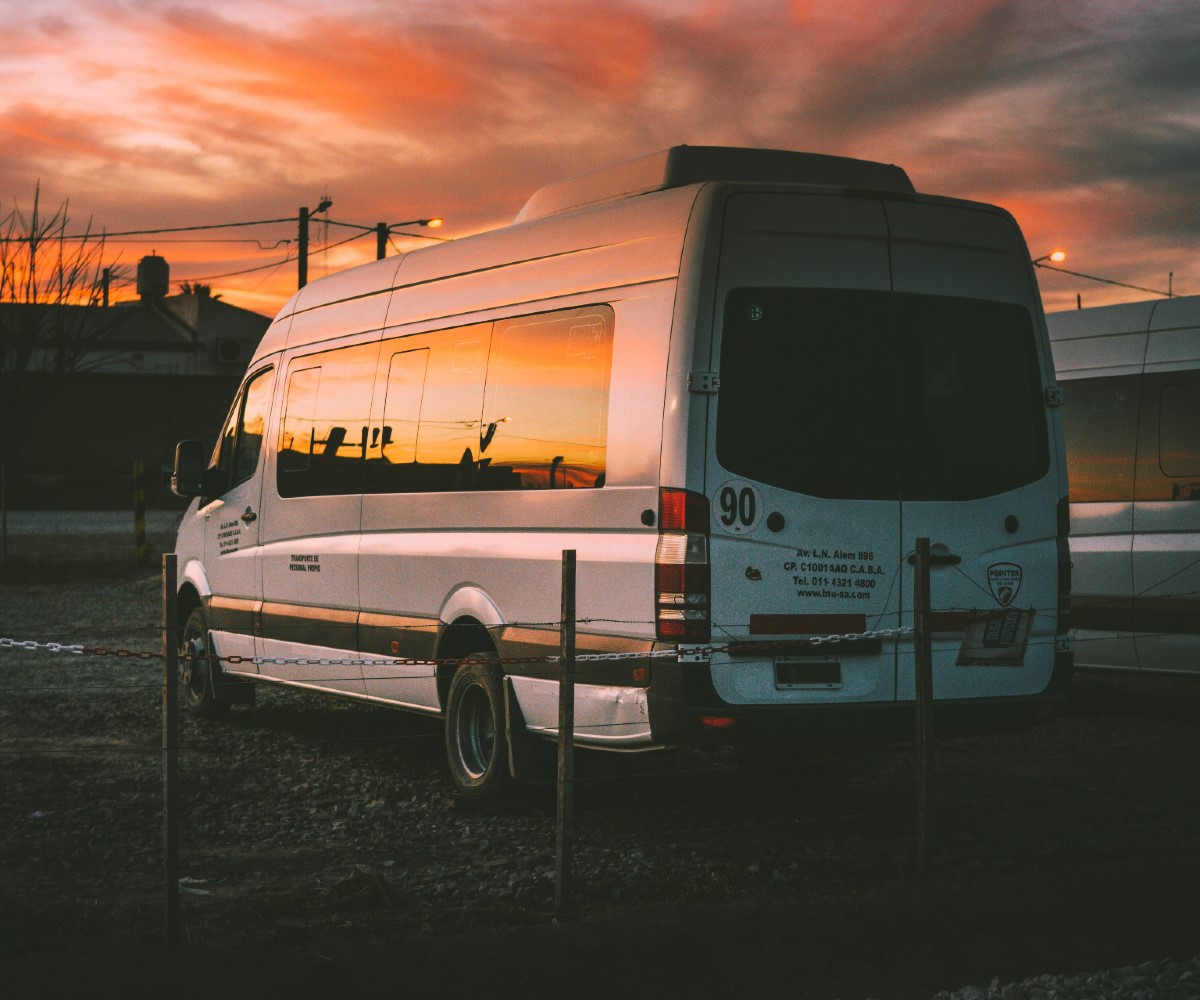 If you feel like all of the transport options that we’ve discussed seem inconvenient, time consuming and downright inefficient, you aren’t alone. The lack of transportation to Vancouver from YYX is the one thing preventing many travellers from taking advantage of this upstart budget airport.

However, we have one last solution that ups the comfort factor while getting you direct to your destination as quickly as possible. Enter the YXX private shuttle.

Pack into a luxurious Mercedes Sprinter van that can pack up to 15 people. From there you’ll be transported directly to your place of lodging in as little as 60 minutes.

While it isn’t cheap, if you have a large group or family you’ll find that the rates can be surprisingly competitive with the other options due to economies of scale. For more information or to book your shuttle click on the button below. 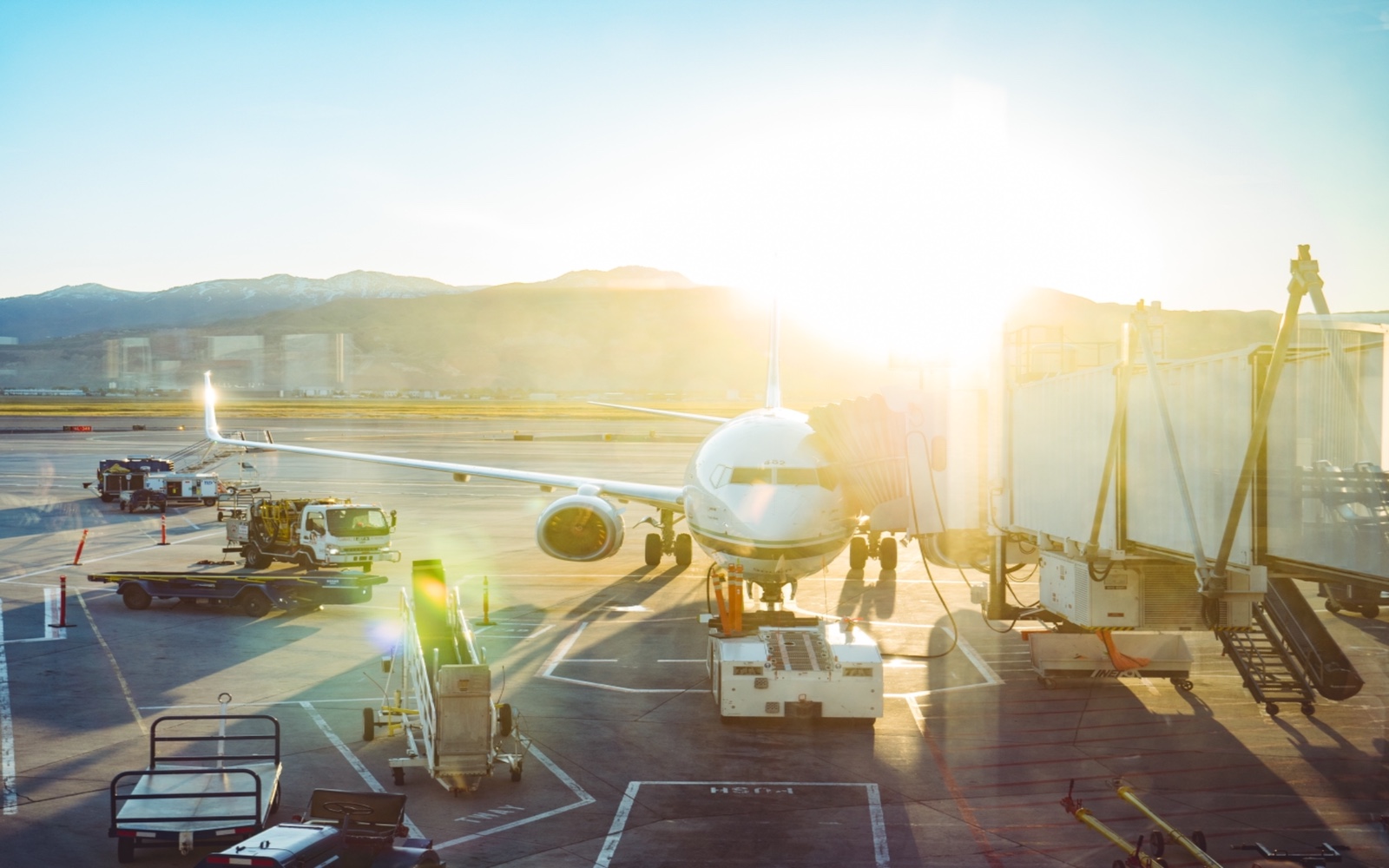 Unfortunately, transfer between YXX and YVR can be a time consuming and expensive proposition. Currently there is neither a public transit option nor a private coach service that connects the two airports.

For this reason, we recommend leaving a significant amount of time between flights if you need to transfer between airports.

In the majority of cases we recommend transfer to YVR through Vancouver’s city centre.

Simply follow the aforementioned advice in this article and couple it with the information in our YVR to Downtown article.

Expect the trip to take up to three hours to connect to YVR using the Ebus/YXX shuttle + public transit. 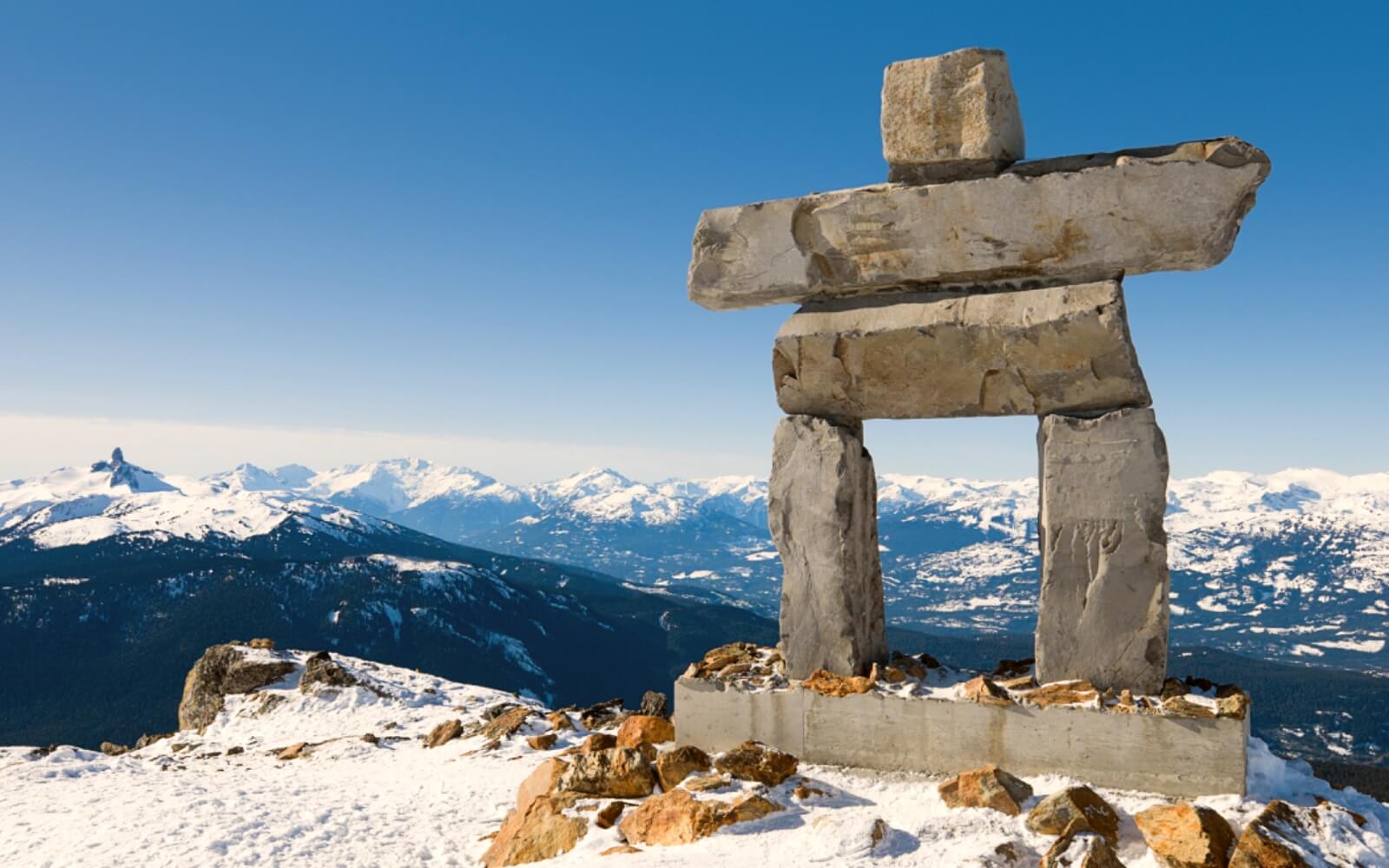 There is no direct shuttle on offer between Abbotsford International and Whistler.

You will likely be required to find your way into Vancouver and choose from one of the many Whistler transport options on offer there.

However, when one considers the time and cost associated with this endeavour, particularly when coupled with a lengthy flight, our recommend method of transport from YXX to Whistler is simply to rent a vehicle.

Taking multiple buses or shuttles while lugging around ski or snowboard equipment is no way to spend a holiday – or any day for that matter.

And furthermore, it may also have the added bonus of being cheaper.

Abbotsford Airport to BC Ferry Terminals

There are two ferry terminals that provide service between the Lower Mainland and Vancouver Island, including Victoria. They are Horseshoe Bay and Tsawwassen.

Both are approximately an hour and a half by car from Abbotsford International making them very difficult to reach without your own vehicle.

So again, renting a vehicle may prove to be the best choice, particularly for families or groups.

If you don’t have a vehicle we’d simply recommend heading into Downtown Vancouver and taking the public transportation links on offer from there.

Simply follow the Ebus or YXX shuttle to the Waterfront Station. Then take the Skytrain to Bridgeport Station by the River Rock Casino in the suburb of Richmond.

Walk down the stairs to the nearby Bus Loop and take the hourly public bus #620 from bay 12. Continue on until the terminus stop, which will be Tsawwassen Terminal.

You should be there in a little over 2 hours if you don’t have to wait too long for the bus.

Take the Ebus or YXX shuttle to the Expo Line and head West on the Skytrain to Granville Station.

Get off and exit the station to Georgia Street. From the North side of the street you can grab the #257 (express) or #250 (regular) bus to Horseshoe Bay. 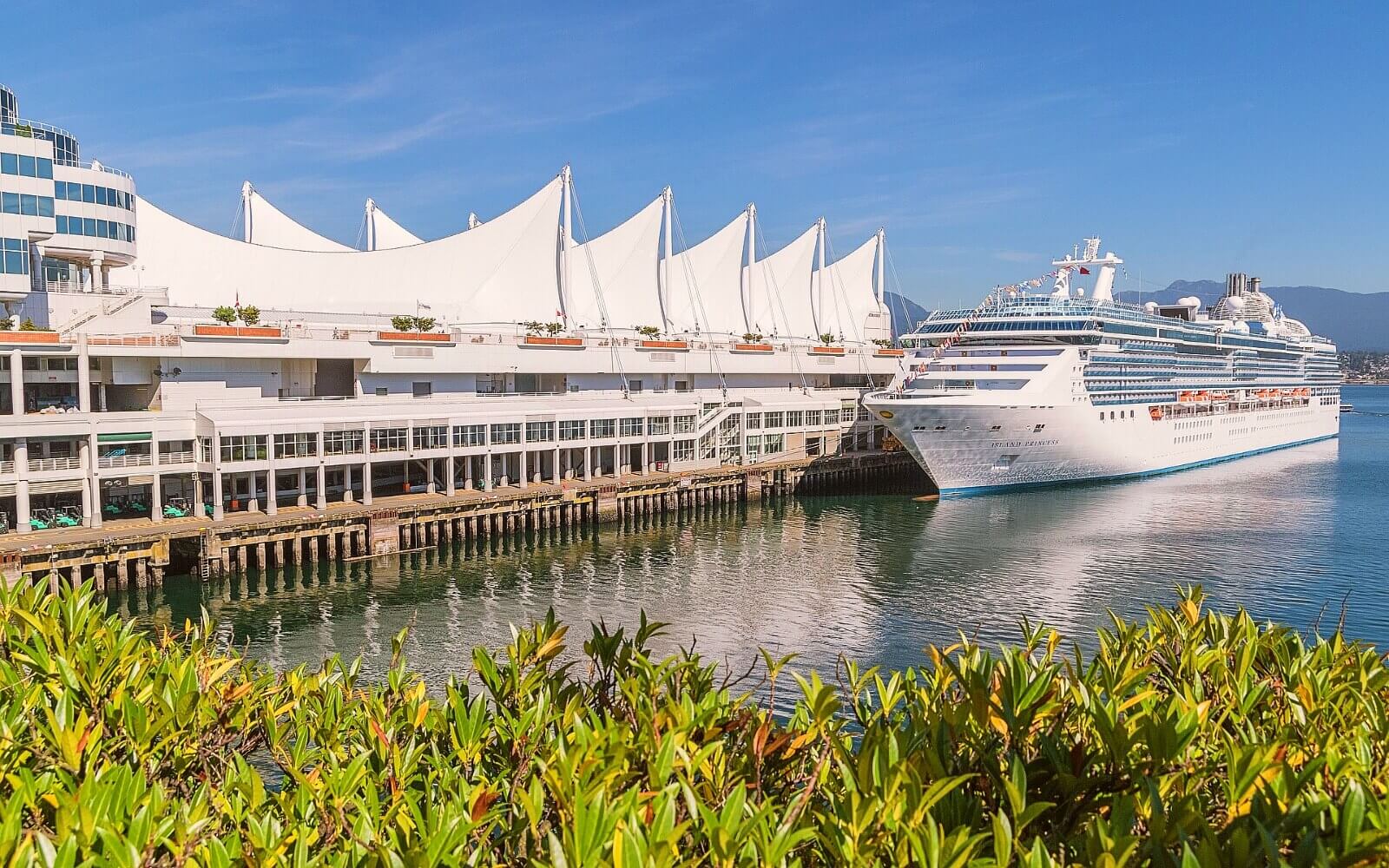 Stopping in on your way to an Alaskan cruise?

The way to reach the cruise terminal at Vancouver’s waterfront requires a few steps:

Here’s the route on Google Maps – keep in mind Google only displays public transport and will not include the Ebus or the YXX shuttle.

Luckily you’ve got us 😉

Abbotsford Airport is currently in the process of doubling the size of its terminal: 842,212 passengers flew via YXX in 2018, good for a 27.7% year on year increase.

While YXX currently lacks the breadth of options of most international airports, the number of routes is growing.

All in all, the comparatively small size of YXX makes travel a breeze. Furthermore, despite its small size the airport still has a number of dining and duty free shopping options for customers to enjoy.

And remember, free wifi is available throughout the terminal!

For more information check out the Abbotsford International Airport website.

In case you didn’t find the answer you need above, here it is! If you’re still not sure please hit us up in the comments below for some custom advice.

Is there an Abbotsford to Vancouver airport map?

Yes sir! Here is the map of the trajectory via Google Maps.

What’s the best way from Abbotsford Airport to Vancouver?

The Ebus the only direct connection to dt Vancouver. However, if you are willing to make one connection, combining the YXX shuttle to Surrey Central with the Expo Line will be slighly cheaper and will get you central just as fast.

What’s the cheapest way to get from Abbotsford Airport to Vancouver?

At just under $25, the YXX shuttle/Expo Line combo is considerably cheaper than the taxi, Ebus and shuttle/taxi combinations offered to serve the city of Vancouver.

Is there a shuttle from Abbotsford Airport to Vancouver?

No. Currently, there is only shuttle service to Vancouver’s Eastern suburbs like Burnaby and Surrey via the Valley Airporter.

Can I somehow get to Vancouver using the Abbotsford airport shuttle?

It is possible to take the Airport Shuttle to Surrey Central Skytrain Station. From there you can jump on the Expo line to be connected to Vancouver’s regional transit system.

Is there Uber from Abbotsford Airport to Vancouver?

Unfortunately Uber and Lyft currently only operate as far East as the suburb of Langley.

DON’T BE AFRAID TO ASK QUESTIONS IN THE COMMENTS BELOW!

We hope we have answered all of your questions regarding the sometimes daunting task of getting downtown from Abbotsford International Airport.

If we missed something, leave us your lodging information in the comments below and we’ll do our best to answer any of your questions.

And remember, we are here for any other questions you may have regarding your stay in the Vancouver area. So don’t be shy! 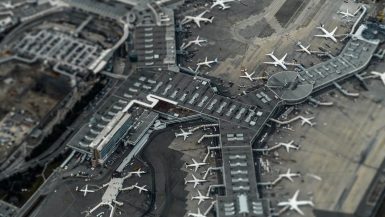 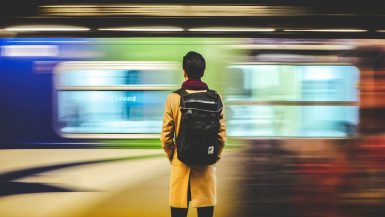 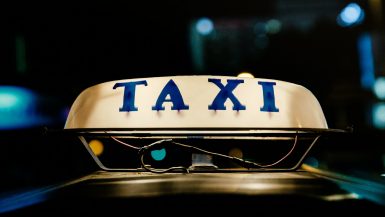