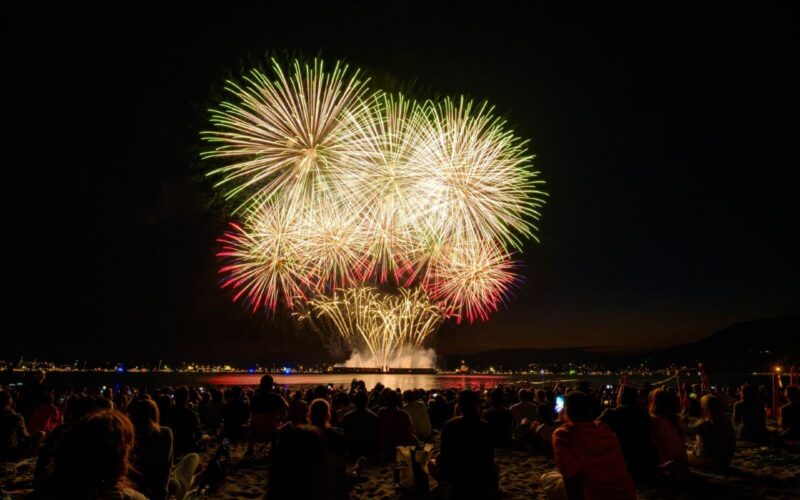 The Best Vancouver Festivals and Events to Celebrate in 2023

The best Vancouver festivals make it hard to believe that Vancouver once had the nickname ‘No Fun City’.

That said, if you’re coming for arts festivals from another big city I may have my work cut for me to convince you – us Vancouverites are a bit shy on things that aren’t nature-heavy.

Vancouver’s best food festival by a mile, you’ll thank your taste buds and your wallet for the opportunity to try set menus at Vancouver’s best restaurants for a fraction of the price.

Last year over 300 restaurants participated, including some amazing places to try local Vancouver food like Salmon n’ Bannock Bistro and the mighty Seasons in the Park restaurant in Queen Elizabeth Park.

If you’re visiting Vancouver in spring there’s one way to know winter is gone for good – and it’s looking up and seeing that pretty pink, thanks to our over 90,000 cherry blossom trees.

This Vancouver festival is actually inspired by the Japanese pastime of hanami (flower viewing).

If you’re up for this free festival all you have to do is download a Vancouver Cherry Blossom Festival map and head on your way – I suggest going to Stanley Park as the contrast to the city skyline is amazing for photos.

One day passes for this family-friendly Vancouver festival start at $12.50 per child.

The Vancouver Folk Music Festival is sadly one of the few music festivals in Vancouver.

It takes place in Vancouver in July at historic Jericho Beach Park, one of the best beaches in Vancouver with stunning views of the mountains, ocean, and city skyline.

With a focus on acoustic and traditional music, the festival offers a wide range of performances, workshops, and activities for all ages.

This year you can see the New Pornographers, Lennie Gallant, Five Alarm Funk, Clerel and more.

2023 festival dates: This year’s festival has been cancelled.

Summer in Vancouver means long nights and the amazing festivals that take advantage.

One of these celebrations is the Celebration of Light, which features spectacular fireworks displays with syncronized music.

Held over three nights in late July or early August, the event attracts huge crowds of spectators in Vancouver’s West End. Prepare to see Vancouver skies lit up with a dazzling array of colors.

I recommend avoiding all the foot traffic of downtown Vancouver and watching them from a West side beach like Jericho or Locarno.

The Vancouver International Jazz Festival is one of the most popular Vancouver festivals, hands down.

Whether you’re a fan of jazz or just looking for the best things to do in Vancouver, you can’t go wrong – tickets start at just $29.00.

Be sure to check out Carnaval del Sol if you’re looking for special events in Vancouver with a bit of outdoor Latin fire.

Since 2008 many major streets in some of Vancouver’s best neighbourhoods are closed, and left to the pedestrians, cyclists, and skaters.

Naturally, live performances, markets, food stalls, and all sorts of street activities take place. This is a unique chance to enjoy the city without the noise and pollution of traffic.

Unfortunately, they’ve still yet to announce anything post-pandemic. I’ll update as soon as they do.

For over 40 years, the Commercial Drive neighbourhood (aka Little Italy) has come together to celebrate Italian Day, one of the top ethnic festivals in Vancouver.

The streets are lined with food vendors offering everything from pizza and pasta to gelato and cannoli, and there’s live music and entertainment throughout the day.

The Vancouver International Wine Festival is Canada’s premier food and wine event and is a great marketing opportunity for over 100 wineries, many of which are local standouts from British Columbia’s top wine region: the Okanagan.

There are also food pairings and a BC Liquor Store right on site for bottle purchases.

Related: The Best Bars in Vancouver

One of Vancouver’s most popular festivals is Khatsahlano! Music & Art Festival, which takes place every July in the bohemian Kitsilano neighbourhood.

This Vancouver street party (their words, not mine!) features eclectic concerts from talented local musicians. There are also food trucks, crafts stalls, and activities for kids.

The best part of the festival is that it’s completely free!

Bard on the Beach

Bard on the Beach is an award-winning Shakespeare festival dating back over 25 years.

What makes this festival unique is its setting in Vanier Park, where two large tents are erected to house the stage and seating – with mountain, sea, and skyline views.

Past productions have included classics such as Romeo and Juliet and A Midsummer Night’s Dream.

Pride festivals are always a great opportunity to celebrate diversity and show support for the LGBTQ community – and Vancouver’s Pride Parade is arguably the best in the country.

Every year, the streets of Vancouver’s West End (in particular, along Denman Street) are filled with colourful costumes, floats and marching bands.

The atmosphere is always electric – grab a seat on a patio like The Score and watch the world go by.

Greek Day in Vancouver actually began in 1977 as a small event to mark the 100th anniversary of Canadian Confederation.

Since then, this Westside festival has grown into one of Vancouver’s largest and most popular ethnic festivals, attracting over 100,000 people each year.

Naturally, Greek Day features a wide variety of traditional Greek food, music, and dancing. I always grab a seat at one of the patio bars along Broadway and watch the festival unfold – Nostos Taverna is a fantastic place for authentic Greek food.

It wouldn’t be summer in Vancouver without a stop at the biggest Vancouver festival of all: the PNE is a 15 day annual fair that welcomes almost 1,000,000 annual visitors.

Expect a massive fair ground including the amusement park Playland, concerts from big international artists, food stands, and all sorts of exhibits.

You must try the antique wooden roller coaster, but also shouldn’t miss out on playing the legendary PNE Prize Home Lottery – for a chance to win a 3,408 square foot, Tuscan-inspired Vancouver home.

The Vancouver Fringe Festival was voted the city’s best arts festival due to its eclectic range of 700+ performances from plays to modern dance.

What separates this Vancouver festival that from others of its kind is that the main stage performances are literally drawn from a hat. This allows theater players big and small not only a shot at the big time, but the chance to collect 100% of the box office revenues.

With many tickets being below industry average, this is a great chance to see quality entertainment on the cheap. As an extra bonus, all the venues are at legendary Granville Island.

The Vancouver International Film Festival attracts film lovers from all over the world.

Every year, the festival showcases hundreds of films from a wide range of genres, from indie cinema underdogs to Hollywood blockbusters.

In addition to screenings, the festival also features interactive events, workshops, conferences, and performances celebrating the art of film.

Diwali is one of the most important holidays in Hinduism. This festival of lights was originally a ritual to protect people from spiritual darkness, and on this side of the pond it has become one of Vancouver’s best cultural festivals.

It is traditionally commemorated with prayers, feasts, and the exchange of gifts. The main downtown Vancouver Diwali celebration is usually celebrated at the Yaletown Roundhouse.

If you’re visiting Vancouver in winter then the most anticipated festival is the Vancouver Santa Claus Parade.

You can look forward to gigantic floats decked out in lights, costumed characters handing out candy to excited children, and of course: Santa Claus. The parade starts out downtown on W. Georgia street and hooks a left on Burrard ultimately ending near the water.

I recommend grabbing a spot at the beginning or end of the route (preferably the end, if you’re a tourist looking for sights in nearby Gastown) to avoid crowds.

If you’ve ever been to a German Christmas market you’ll be happy to find that festival culture right here during Christmas in Vancouver.

This is also the perfect place to grab a British Columbia souvenir, from handmade ornaments to candles to jewelry.

For the best summer festival in Vancouver I love the Khatsahlano arts festival – it perfectly combines the street party vibe with food, music, and other modern cultural phenomena without being pretentious or inaccesible.

The Vancouver Cherry Blossom Festival is the city’s most iconic spring event. Exploring the city and experiencing this beautiful pink blooms is also a fantastic way to enjoy the outdoors, and it’s free.

The Vancouver Christmas Market has a long 6 week season and gives Vancouverites an excuse to get outdoors in colder weather, with plenty of food and drink to warm them up.

The Vancouver Diwali Festival is one of the most vibrant Vancouver festivals, and it does a great way of uniting the city’s many cultures through South Asian food, music, and dance.

I’ve listed the top Vancouver festivals for 2023, but it’s very possible a few have slipped through the cracks.

If you’re looking for a festival that’s a little more specific, don’t be afraid to get in touch in the comments below. We answer every question 🙂 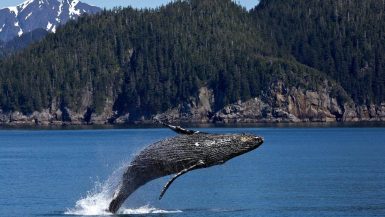 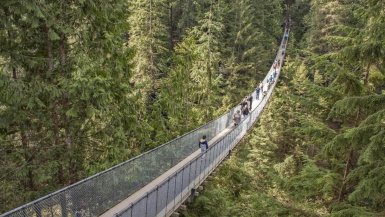