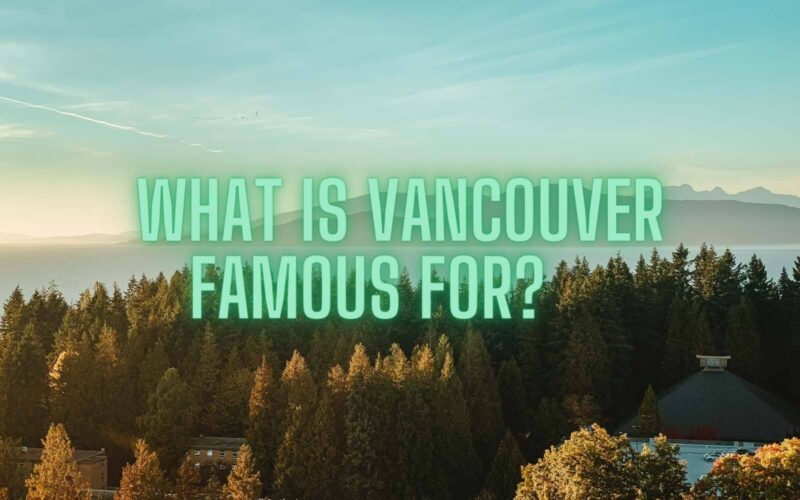 After living abroad for 15 years, one of the most common questions I get is what is Vancouver known for?

Of course, growing up in this city and running a Vancouver travel blog puts me in a unique position answer.

Let’s take a look at what Vancouver BC is famous for!

What is Vancouver Known For?

Every time I’m asked about it, I feel more like I’m doing voiceover for a Vancouver tourism ad than anything else.

But really, I can’t stress enough just how much Vancouver is known for its:

Most of Vancouver’s eight million annual tourists come for the natural beauty and diverse culture, but as you’ll see there’s a lot more on the menu here.

What Vancouver is Best Known For: Natural Beauty & Outdoor Activities

There are so many outdoor activities in Vancouver that it’s a paradise for nature nuts.

The city is surrounded by mountains, forests, and an ocean – OK, technically, it’s an inlet that leads to the Pacific.

Any Vancouver itinerary gives you plenty of opportunities to explore the great outdoors:

What Vancouver is Famous For: Culture & Neighbourhoods

Vancouver’s multiculturalism is reflected in the fact that more than half of its residents were born outside of Canada.

This diversity enriches our city in many ways, making it a vibrant and exciting place to visit and live.

From the indigenous First Peoples to big Vancouver festivals honouring immigrants from China, Italy, and India there’s culture to soak up for days:

What Vancouver is Known For: Fanastic Food

I’ve got a post on what to eat in Vancouver that outlines this in more detail, but Vancouver is a foodie town.

The best restaurants in Vancouver really take advantage of our Pacific Coast backyard, and you’ll find the seafood here to be second to none.

Heck, we’ve even been voted the best place in the world to eat Chinese food (about 1 in 5 residents has Chinese background). That said, there’s just so much more food that Vancouver is famous for:

Even Vancouver’s best bars offer bar snacks to die for.

Still Wondering What Vancouver is Famous For?

OK, so I didn’t cover ‘hockey riots’ this time around, but maybe we’ll save that for another day.

If you’re thinking of coming to Vancouver then slot me into your bookmarks – I’m sure we’ll be seeing a lot of each other!

Whether you want to know what Vancouver is known for or anything else, I’m just a message away in the comments below. 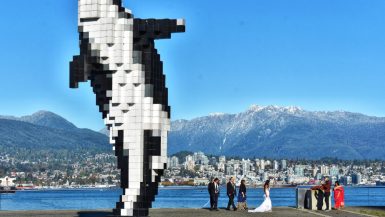 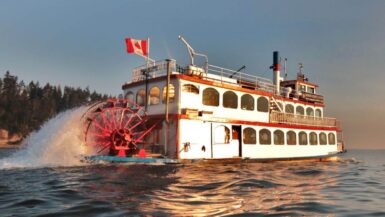