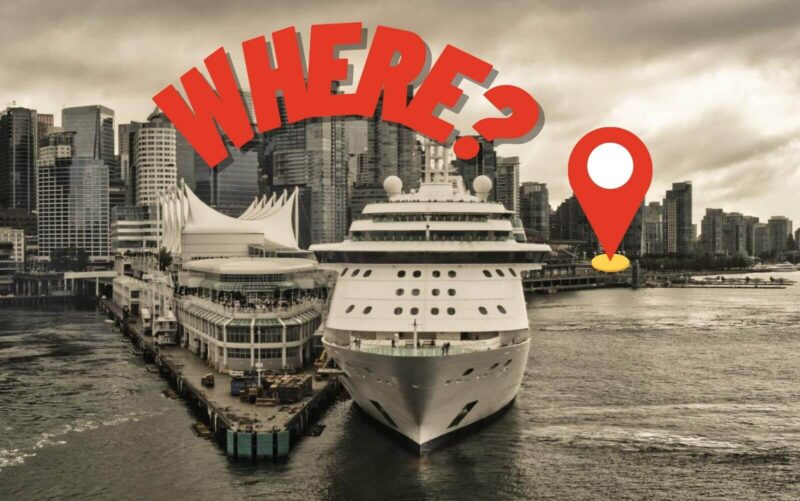 Where Do Cruises Leave from in Vancouver?

If you’ve booked a Vancouver cruise to Alaska, Hawaii, or the California coast then chances are it’s your first question:

Where do cruises leave from in Vancouver?

I’m gonna break things down as part of my Vancouver cruise guide so I can get you up and running.

Where Do Cruise Ships Leave from in Vancouver?

If you’re planning a cruise from Vancouver, you’ll be happy to know that the city has a modern and well-equipped cruise terminal that serves as the departure point for many cruises.

The Vancouver Cruise Terminal is located at the Port of Vancouver, which is situated right at the downtown waterfront.

Some nearby attractions include Canada Place, Stanley Park, and the historic neighbourhood of Gastown.

Here’s a few other landmarks to get a better understanding:

In all, since the cruise port is the first stop on the Vancouver Hop on Hop Off Bus, you can see most of the city in just two hours from this point.

The terminal is easily accessible from many parts of the city using Vancouver public transport. There are also several ways to get to Vancouver cruise port from the Vancouver Airport.

There are two main cruise terminals at the Port of Vancouver: Canada Place and Ballantyne Pier.

Canada Place is the larger of the two terminals and is home to the Pan Pacific Hotel, which is arguably at the top of the list of our best Vancouver cruise port hotels.

Ballantyne Pier, on the other hand, is used primarily for shorter cruises, such as those to the San Juan Islands and Victoria.

Both are about 10-20 minutes walking distance from many of Vancouver’s top attractions.

Related: Transfers from Vancouver Airport to the Cruise Terminal

Still Wondering Where is the Cruise Terminal in Vancouver?

I hope I’ve straightened our your question of where Vancouver cruises board, but feel free to drop me a line in the comments below of custom advice.

Whether you’re just passing through or making a vacation out of it, we’re putting together the best Vancouver tourist resource online and your questions help a lot!

Related: Can You Store Luggage at Vancouver Cruise Terminal? 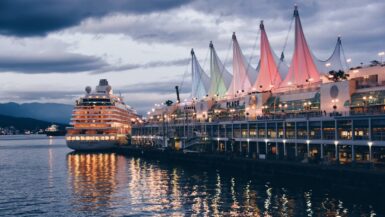 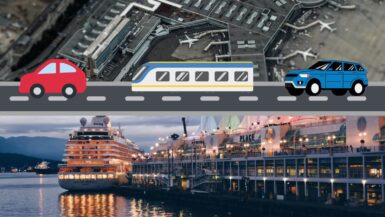 5 Best Ways to Get from Vancouver Airport to Cruise Terminal